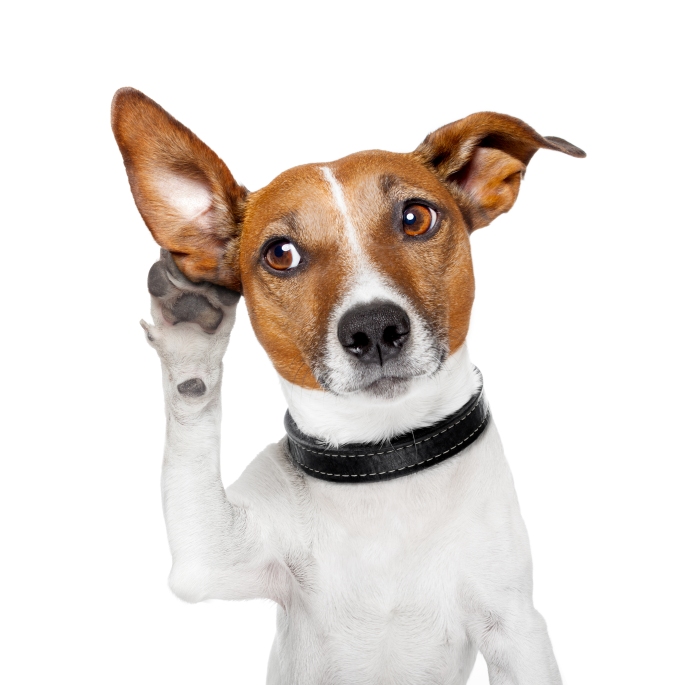 Hearing loss can have a more negative impact on the quality of life than obesity, diabetes, strokes, or even cancer.

Studies from John Hopkins University concluded that hearing loss is associated with an increased risk of dementia, falls, and depression. It is also a serious contributing factor to social isolation and loneliness.

Why are people so reluctant to get their hearing checked?  Well, like many ailments, hearing loss carries with it the stigma of being old.  It is true that hearing loss diminishes with age,

Because of the stigma of hearing loss, the average older adult waits seven to ten years to get a hearing device.

Only 20 to 30 percent of all adults who could benefit from a hearing solution end up getting one.  This only makes the matter worse because the longer a person has an uncorrected hearing loss, the greater the risk to the brain of losing the ability to translate the sound of someone talking into comprehensive speech.

AARP, as part of their effort to disrupt aging, is working to end the stigma of hearing loss and use of hearing aids.

Let’s all take care of one another!  Go and get a hearing test, and take someone you love with you to do the same!

Watch this 2-minute video summarizing the John Hopkins research about hearing loss and cognitive decline – and learn the GOOD news that hearing loss is correctable, and you can maintain a healthy brain!

About the Author: Jean Garboden is an Elder Advocate and Eden Alternative Educator with over 30 years’ experience in not-for-profit and for-profit healthcare organizations. She is honored to lead the mission and values culture development for Compass Senior Living in Eugene, Oregon. Jean lives in Las Vegas, Nevada where she enjoys the weather and volunteers with the Nevadans for the Common Good, advocating for caregivers and elders in southern Nevada 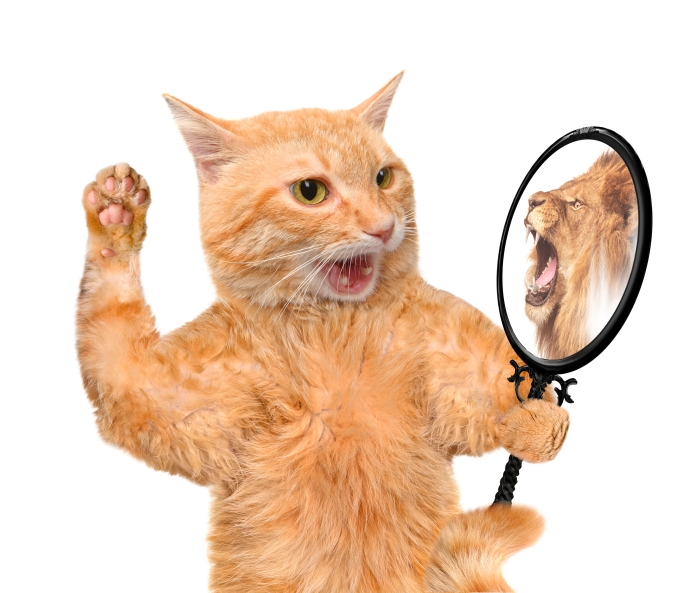 “When we expect certain behaviors of others, we are likely to act in ways that make the expected behavior more likely to occur.” (Rosenthal  1985)

In 1968 Dr. Robert Rosenthal conducted an experiment. The teachers in a single California elementary school were told that some of their students could be expected to be “intellectual bloomers,” doing better than expected in comparison to their classmates.

When it comes to aging, our whole culture is saturated with the expectation that there are certain stereotypes of how older people should act including elder adults themselves.

“What if everything we have learned about aging is wrong?”  Dr. Bill Thomas,

Changing aging can begin with you and me.  After all, whatever your age, if you are not an elder now,  you are an elder-in-waiting!

“What you think, you become,” Buddha taught. You’ve heard high-minded quotes like these all your life. Now science has caught up. We can finally quantify and track how beliefs and expectations can shape outcomes.

Older adults who associate aging with ongoing growth and the pursuit of meaningful activities are more likely to view experiences – both enjoyable and challenging in adaptive ways.   We need to push back on the societal stereotypes.  And the data proves that we must, indeed change the current paradigm of aging now to preserve our own true identities as we age.

So, when you look in the mirror, see the truth about yourself.  We are all aging, and society may say you are ‘over the hill,” worn out, of no value, unattractive, and worse. Do you believe that?  Or are you ready to disrupt that idea?

Look at your future elder self in a mirror.  What do you see?  It is proven that “As we think we shall become.”

Join the movement to change society’s stereotype of aging. Do not let the expectations of society about aging become a self-fulfilling prophecy for you.   You have an opportunity now to change your future experience beyond adulthood, embracing your journey into your own elderhood.

About the Author: Jean Garboden is the Director of Education and Innovation at Compass Senior Living, located in Eugene Oregon. Jean is an Elder Advocate and Eden Alternative Educator with over 30 years’ experience in not-for-profit and for-profit health care organizations. She is honored to lead the mission and values culture development for Compass Senior Living. Jean lives in Las Vegas, Nevada where she enjoys the weather and volunteers with the Nevadans for the Common Good, advocating for caregivers and elders in southern Nevada. 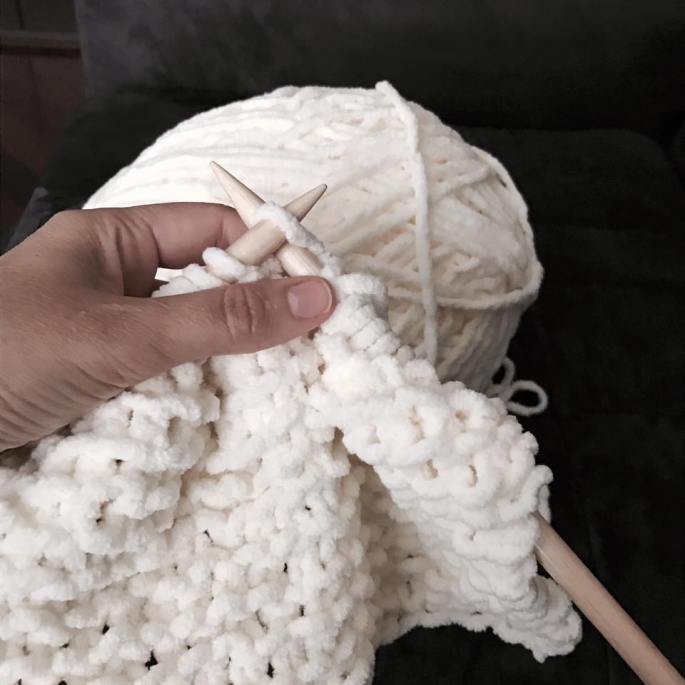 My daughter Kelly saw a knitting tutorial on Facebook, and it reminded her of the first time she had tried knitting when she was 8 years old.  She decided she might as well give it a try again! So she found a local fabric shop and signed up for a knitting refresher class.

Here is her experience in her own words:

“When I got home from my first knitting class, I found myself forgetting all that I had just learned and I kept making mistakes. I had another full week before my next class and was frustrated that I would have to put my knitting aside. It suddenly occurred to me that I live in a building with 300+ other people, many of them over age 60, and I have an email list to the women’s social group in the building.

I sent out an email to the “Bunco Babes” and asked for help. I told them that I had just started knitting and I wondered if any of the “Babes” could help me get unstuck. Within ten minutes I had several replies, some offering to help and the majority telling me that Gladys is a master knitter!

I emailed Gladys and found out she lives just across the hall. She told me she was 80 years old and had been knitting since age 12, a master knitter indeed.

That afternoon I brought my knitting over to Gladys. She was ready for me with some of her masterpieces laid out… a cashmere shawl she had made with her daughter while traveling by train around Italy; an intricate green sweater that she’d made for herself on her 70th birthday; a baby blanket she was making for her great grand-daughter. She was quickly able to spot and solve the problem areas on my simple scarf and we sat together for the next two hours… knitting and sharing stories.”

Kelly, who is a high energy person and has lived with anxiety for most of her life, found that the process of knitting actually began to relieve her anxiety. She noticed that if she was in a high anxiety state, picking up knitting for 10-15 minutes would subdue if not eliminate her anxiety.  Kelly mentioned that her social anxiety has nearly vanished in the last month. Instead of the usual waves of anxiety that come on before leaving the house for a meeting or social event, she busies her mind and hands with knitting.  The knitting works as a relaxation exercise, keeping her calm and centered and keeping the usual anxiety at bay. She also noticed she was sleeping better, and she had an overall sense of creative satisfaction as she made items for family and friends. Additionally she and the  “Bunco Babes” have developed a friendship. A new multi-generational social community formed because of her interest in knitting!

An additional benefit for those taking up knitting and crocheting, or other crafting projects is brain health!  Watch this short news feature from CBS!

Crafts such as knitting and crocheting are no longer viewed as a pastime for the elderly. In fact, they’re popular among all age groups, from 18 year olds to those over 65.

Perhaps most exciting is research that suggests that crafts like knitting and crocheting may help to stave off a decline in brain function with age. In a 2011 study, researchers led by Dr. Yonas E. Geda, a psychiatrist at the Mayo Clinic and published in the Journal of Neuropsychiatry & Clinical Neurosciences, found that those who engaged in crafts like knitting and crocheting had a diminished chance of developing mild cognitive impairment and memory loss.

Let’s learn from the wisdom of our elders, and practice some brain health activities together!  I am going to give it a try myself!

About the Author:    Jean Garboden is the Director of Education and Innovation at Compass Senior Living, located in Eugene Oregon. Jean is an Elder Advocate and Eden Alternative Educator with over 30 years’ experience in not-for-profit and for profit health care organizations. She is honored to lead the mission and values culture development for Compass Senior Living.  Jean lives in Las Vegas, Nevada where she enjoys the weather and volunteers with the Nevadans for the Common Good, advocating for caregivers and elders in southern Nevada.