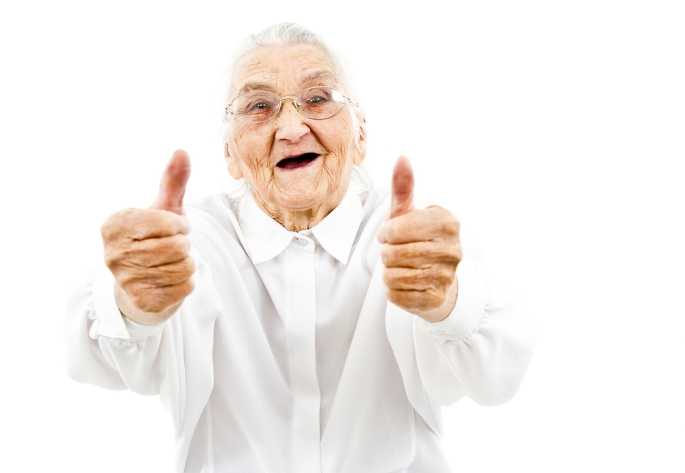 What do people over 100 years old want you to know?

I think you will enjoy this 3-minute video below featuring  100-year-old Grandma Eileen who answers the question, “What do I ask old people?”   She answers candidly, and she may give you insight into your own future-self as you continue on your journey when you will someday enter into the wonderful developmental stage of elderhood!

“I have a 20-year-old brain in an old body.”  “My secret is that you make your own happiness, and you make the place better where you are”

This week I went to a celebration of life for 105-year-old Ina Hinds.  Ina and I visited every week at church.  She was interesting and fun. She wore beautiful hats.  Her lipstick and makeup immaculate, and she was dressed ‘to the nines’.   She was beautiful, and her vibrant spirit inspires us today.

In Las Vegas, where I live, Ina Hinds was locally famous and was frequently mentioned in local news stories for her participation in active exercise classes past her 100th birthday.

As a widow in 1992, (age 81),  Ina joined an active exercise class at the YMCA and continued regularly.

“Everybody in the class was at least 60,” said Esther Abele, more than 30 years younger than Hinds. “But Ina was always the oldest, and an inspiration to all of us. She was still coming when she was more than 100. When she got macular degeneration and could no longer drive, she got somebody to bring her. When she started having to use a cane, she hung the cane on a chair, and sat in the chair using hand weights.” Ina recruited much younger women to the class.

There is a stereotype of old and very old people. They are often not seen as whole and capable with a collective life experience and a desire to make a difference in the world. Ina was a progressive woman. She was born before women could vote. She put herself and her children through college. She worked at the Pentagon, and she was active in many social causes.

Yet, at her memorial service, many people were surprised at her life accomplishments.  Why?  Because they did not ask her!

Ask the elders in your life what they are looking forward to.  You may be surprised.  Too often we think that elders primarily want to reflect on the past.  Ask about lessons learned from their past experiences that can help you or the world be better today. Those over 100 years old who I meet as I travel around the United States tell me that they live with joy one day at a time, looking forward with gratitude and in anticipation for each new day.

How well-known to you are the elders in your life?

If you are not an elder now – you are an elder-in-waiting. Let us now look to our elders as role models, Showing us how to live with grace and joy into elderhood!

About the Author: Jean Garboden is the Director of Education and Innovation at Compass Senior Living, located in Eugene Oregon. Jean is an Elder Advocate and Eden Alternative Educator with over 30 years’ experience in not-for-profit and for-profit health care organizations. She is honored to lead the mission and values culture development for Compass Senior Living. Jean lives in Las Vegas, Nevada where she enjoys the weather and volunteers with the Nevadans for the Common Good, advocating for caregivers and elders in southern Nevada 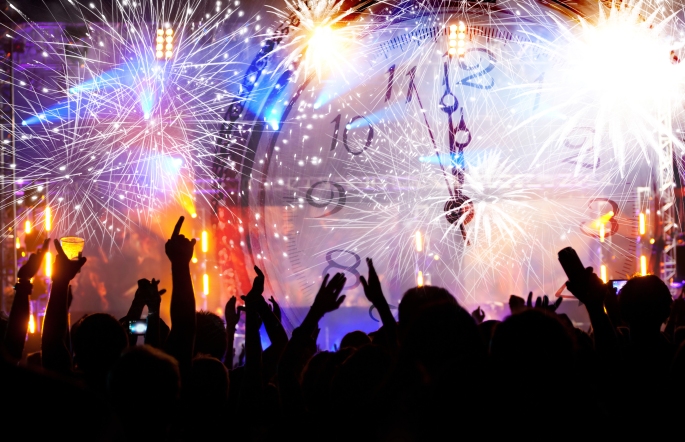 Last night as we celebrated the beginning of 2017, how many of us made a New Year’s resolution to begin walking, running, and exercising more?

Break a sweat?   Do I have to?  Will my brain really love it?

Running and exercising hasn’t always been an activity enjoyed by the American population. 60  years ago, getting exercise and sweating was not talked about as a health benefit.  People did not have the sedentary lifestyles and jobs we have today, and being outside and moving was part of everyday life.

In the late 1960’s  publications taught and argued for the benefits of jogging as a health benefit. Then in the 1970’s the nation rapidly grew interested in participating in the sport as amateurs.  National athletic celebrities such as Steve Prefontaine and Joan Benoit stimulated interest in the sport. The union of Bill Bowerman and University of Oregon track and field with the creation of Nike marketed the activity. Running became mainstream and fun, and a popular and healthy exercise.   With that phenomena, studies have been done over the years on the benefits of aerobic exercise, such as running.

In a study done at the University of British Columbia, researchers found that regular aerobic exercise, the kind that gets your heart and your sweat glands pumping, appears to boost the size of the hippocampus, the brain area involved in verbal memory and learning.

This information indicates to me that you and I can actually take action to boost our own  brain health and perhaps be part of reducing the number of cases of dementia in the world.

Researchers say one new case of dementia is detected every four seconds globally. They estimate that by the year 2050, more than 115 million people will have dementia worldwide.

So, Why should we exercise?  Below are 6 reasons, that I am committed to at least 30 minutes of aerobic exercise daily.  I plan to take my brain health and longevity of life seriously. I do this not only for myself but for my children and grandchildren.  We can make choices for ourselves now that can benefit our families and future generations.

1. Exercise is great for your brain.

Exercise is linked to quicker learning,  less depression, and better memory. Studies also suggest that exercise is, as of now, the best way to prevent or delay the onset of Alzheimer’s disease, a major fear for many Americans. Scientists don’t know exactly why exercise changes the structure and function of the brain. It’s an area of active research; in fact, next year, the National Institutes of Health (NIH) will launch a six-year, $170 million study with a group of about 3,000 sedentary people.

2. Exercise can make you age slower.

Exercise has been shown to lengthen lifespan!  A study by the American Academy of Neurology suggests that moderate-intensity exercise may slow the aging process by 10 years!   Exercise appears to slow aging at the cellular level.

Aerobic exercise increases blood flow to the skin, delivering oxygen and nutrients that improve skin health and even help wounds heal faster. The skin also serves as a release point for heat.  When you exercise, your muscles generate a lot of heat. The heat in the muscle transfers to the blood, which shuttles it to the skin.  (P.S. If you find that your flushed face is accompanied by fatigue, dizziness, sweating more than usual, or nausea, then it could be a sign of heat exhaustion, so if you experience these symptoms, stop exercising immediately, and drink plenty of water.)

4. Exercise can make you happier.

Countless studies show that many types of exercise, such as yoga, walking, dancing, or cycling, make people feel better and can even relieve symptoms of depression. Exercise triggers the release of chemicals in the brain—serotonin, norepinephrine, endorphins, dopamine—that dull pain, lighten your mood and relieve stress, and give you a sense of joy and well-being – making you a happier person.

5. Your fat cells will shrink.

Yes!   They shrink!  After consistent aerobic exercise training, the body gets better at burning fat, which requires a lot of oxygen to convert it into energy. One of the benefits of exercise training is that our cardiovascular system gets stronger and better at delivering oxygen, so we are able to metabolize more fat as an energy source. As a result, your fat cells—which produce the substances responsible for chronic low-grade inflammation—shrink, and so does inflammation.

6. Amazing things can happen in just a few minutes.

It is amazing that it doesn’t take much movement to get the benefits.  In a study by the Mayo Clinic,  it is recommended that as a general goal, aim for at least 30 minutes of physical activity every day.

Reducing sitting time is important, too. The more hours you sit each day, the higher your risk of metabolic problems, even if you achieve the recommended amount of daily physical activity. Short on long chunks of time? Even brief bursts of activity offer benefits. For instance, if you can’t fit in one 30-minute walk, try three 10-minute walks instead. What’s most important is making regular physical activity part of your lifestyle.

So, break a sweat in 2017!  And as you are getting your 30 minutes of exercise in each day, use that time to reflect on emotional and spiritual wellness too. “There is no path to happiness: happiness is the path.” ~ Buddha

Charles, a 96-year-old man living in the UK says,  “Anybody who tells me they are too old to exercise, I say to them –  make an appointment at the crematorium.”  Watch his commentary on old age. Charles says, “Old age is something to look forward to.  It is important to stay fit in old age.“

“In my judgment, physical fitness is basic to all forms of excellence and to a strong, confident nation.” Robert Kennedy

About the Author: Jean Garboden is the Director of Education and Innovation at Compass Senior Living, located in Eugene Oregon. Jean is an Elder Advocate and Eden Alternative Educator with over 30 years’ experience in not-for-profit and for-profit health care organizations. She is honored to lead the mission and values culture development for Compass Senior Living. Jean lives in Las Vegas, Nevada where she enjoys the weather and volunteers with the Nevadans for the Common Good, advocating for caregivers and elders in southern Nevada