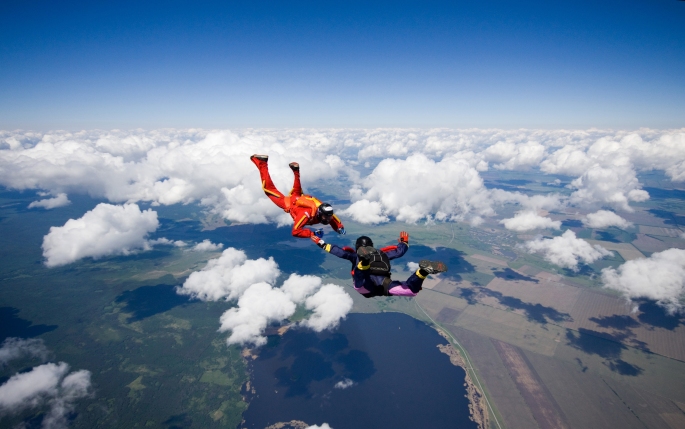 It struck me that President George H.W. Bush, who passed away at the age of 94, really understood that as we age, we can continue to grow and learn and strive to be the very best versions of ourselves.

The 41st President once told his granddaughter, journalist Jenna Bush Hager, “aging’s alright…better than the alternative: not being here.”   He felt it was more important to live every day to the fullest, to do the best you can with the information you have, and to take leaps of faith.

Sometimes, those leaps were literal! President Bush made eight skydives in his life, including jumps on his 80th, 85th and 90th birthdays. Those close to him say they expect that he would have jumped for his 95th, too.

Here are some beautiful words I heard from those who loved him, validating that George H.W. Bush accomplished his goal to live a long life and die young!

As I heard these memorials and others, I felt that our 41st president embodies our own Compass mission/values statement –  We strive to be  Guided by goodness, loyalty, faith, and fun.

Thank you Mr.President for being a good role model for us and for future generations to come.  You are a True North Leader and an example of True North Elderhood.

About the author: Jean Garboden is an Elder Advocate and Eden Alternative Educator with over 30 years’ experience in not-for-profit and for-profit healthcare organizations. She is honored to lead the mission and values culture development for Compass Senior Living in Eugene, Oregon. Jean lives in Las Vegas, Nevada where she enjoys the weather and volunteers with the Nevadans for the Common Good, advocating for caregivers and elders in southern Nevada